The Singularity: Man and Computer Become One 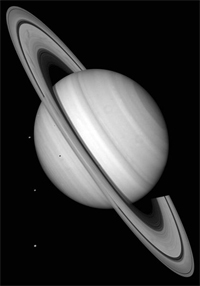 Economist John Maynard Keynes famously said that in the long run we’re all dead. What happens in the not too distant future if that’s not strictly true? Imagine just twenty to thirty years from now when it’s entirely possible that everything you know about yourself and the world around you is stored in the ever growing electronic cloud. At some point there will almost certainly come to exist an alternate version of you that thinks, feels and desires, but lives its life in cyberspace rather than (or in addition to) the physical world. In cyberspace you would have powers far beyond those of Superman. You could travel at the speed of light from the bottom of the ocean to the the rings of Saturn and hear every sound and see every sight that’s ever been recorded.

The physical you could be connected wirelessly to the electronic you and that’s where things become Matrix-like and truly weird. Your cyberworld would be just as much a part of your reality as your meat-space world and vice versa. Carry the thought further and you end up in a place where you and everyone and everything around you is all connected and all knowing, instantly.

This idea and variations of it are known as the “the singularity“ a term that was first used by mathematician John Von Neumann in the 1950’s when he spoke of the "ever accelerating progress of technology and changes in the mode of human life, which gives the appearance of approaching some essential singularity in the history of the race beyond which human affairs, as we know them, could not continue". More recently the subject has been explored by futurist Ray Kurzweil and others. Mathematician and science fiction author Vernor Vinge predicts the singularity will arrive before 2030. A current step in this direction are "Brainlike Computers" that learn from experience.

Heaven or hell or maybe both. The future is unknowable but trends can be clear. As the world becomes ever more connected some of us will embrace connectivity and others will actively choose to disconnect. As inventors we can help people along either path and with bridges in between. It's fun to think about. But don't get carried too far away. The stomach needs food today. The best way to profit from inventing is to be just one step ahead.

So, looking just a little ahead, as 2013 comes to a close, I wish all of you happiness, health and prosperity for the coming year. And as you travel by car or boat or bicycle or moped or plane or Internet or in your own mind, remember the immortal words of Buckaroo Banzai: "No matter where you go, there you are."